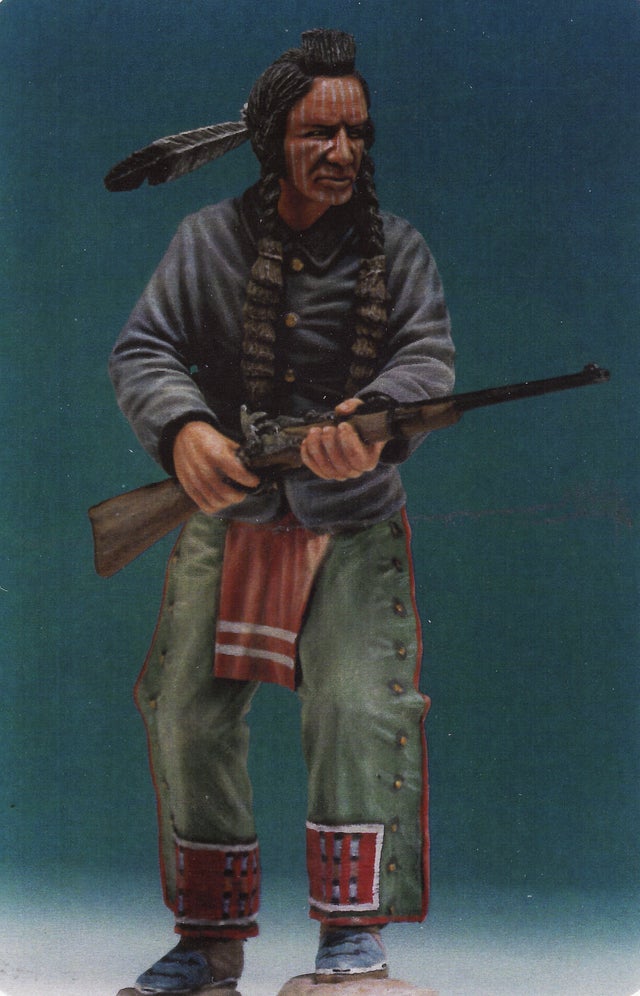 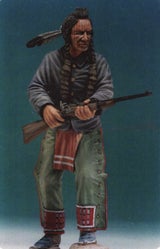 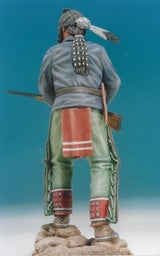 The Absaroka also known as the Crow are Native Americans living primarily in southern Montana. Today, the Crow people have a federally recognized tribe with a reservation located in the south-central part of the state.

Crow Indians are a Plains tribe, who speak the Crow language part of the Missouri River Valley branch of Siouan language. Of the 12,000 enrolled tribal members, an estimated 3,000 spoke the Crow language in 2007.

In historical times, the Crow lived in the Yellowstone River valley, which extends from present-day Wyoming through Montana and into North Dakota, where it joins the Missouri River.

Our kit is 120mm produced out of resin which needs to be assembled and painted by the customer. It is a former Fort Royal Review Kit and the ownership and production rights are exclusively The Lost Battalion's