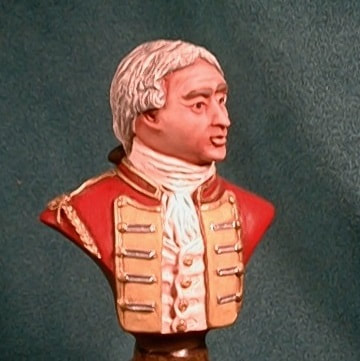 Major General Edward Braddock (January 1695 – 13 July 1755) was a British officer and commander-in-chief for the 13 colonies during the actions at the start of the French and Indian War (1754–1763) which is also known in Europe and Canada as the Seven Years' War (1756–1763). He is generally best remembered for his command of a disastrous expedition against the French-occupied Ohio River Valley then in western Virginia or Pennsylvania (depending on which Royal grants) in 1755, in which he lost his life.