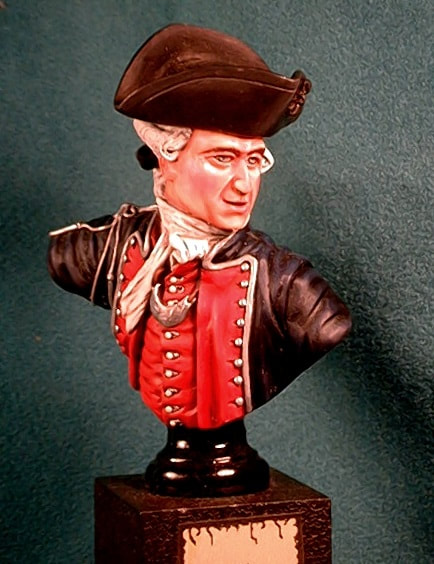 Major George Washington was attached to General Edward Braddock’s Staff as an advisor during the disastrous Fort Duquesne expedition of 1755. Although very much in the middle of the battle Washington survived and even helped to rescue the injured General Braddock from the field. According to the journal of Dr. Daniel Craig of Winchester who later spoke with a Shawnee chief Red Hawk. Washington was shot at 11 times during the battle by Red Hawk, without being injured. At that point Red Hawk concluded Washington was protected the great spirit. ref. “That Dark and Bloody River” Allan W. Eckert.pp lxi )