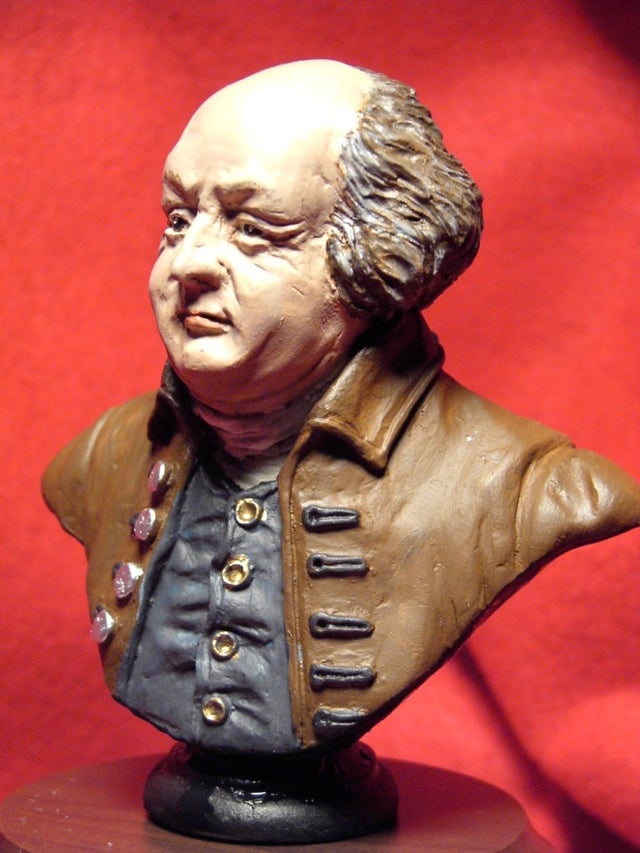 Adams was a political activist prior to the American Revolution and was devoted to the right to counsel and presumption of innocence. He defied anti-British sentiment and successfully defended British soldiers against murder charges arising from the Boston Massacre. Adams was a Massachusetts delegate to the Continental Congress and became a principal leader of the Revolution. He assisted in drafting the Declaration of Independence in 1776 and was its foremost advocate in Congress. As a diplomat in Europe, he helped negotiate the peace treaty with Great Britain and secured vital governmental loans.

Adams was elected to two terms as vice president under George Washington. He then won election in 1796 as president. He was the first president to reside in the executive mansion now known as the White House.

John Adams died on the fiftieth anniversary of the adoption of the Declaration of Independence, hours after Jefferson's death.

The model depicts him in his middle age. Kit is composed of Resin and must be assembled and painted.